Does every re-start have to feel like Groundhog Day? 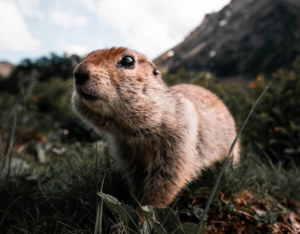 After having survived almost 23 months of pandemic living, full of starts and stops, openings and closings, fear and hope, it’s near impossible not to look back on this time as one big mother of a Groundhog Day.

Remember that movie back in 1993 with the sardonic Bill Murray as a weatherman trapped in a time loop in Punxsutawney, Pennsylvania during the yearly ritual that lets a rodent determine if there will be an early spring or six more weeks of winter? Apparently, Murray’s character had some lessons to learn before he could move on with his life.

This is a movieland fantasy for sure. But there is a valid metaphor here for navigating life, especially if you’re trying to implement some habit changes.

It can be discouraging to attempt change only to ‘fall off the wagon’ and revert to old habits that thwart your progress. But change is a learned behaviour and yes, like Bill Murray, you need to pick up on the lessons before you can move on.

Don’t be discouraged with what I say next: learning those lessons can sometimes take months or years of multiple attempts. Whether it’s losing weight, stopping smoking or taking up a new habit that might be as simple as drinking more water every day or implementing a nighttime wind-down ritual, rarely do those changes successfully embed the first time someone tries them.

Interesting to note that people who successfully quit smoking have tried between 8 and 14 times to do so, according to various global cancer organizations. A study from the University of Toronto published in the British Medical Journal actually says that it’s more like 30 tries!

Malcolm Gladwell wrote in his book Outliers that it takes 10,000 hours to become an expert at something. Have you heard that one? Sounds daunting right – because at about 20 hours a week of practice – that works out to 10 years! Ack! He left out one important part of the study he quoted though – in addition to practicing hour by hour, a key success factor that can cut the number of hours needed and improve the overall experience is whether you have a quality teacher or coach to assist you in your journey.  And, like Bill Murray did, to learn from the failures and build on the baby steps of positivity to make progress.

So why do so many people throw in the towel when they don’t succeed in making changes the first time (or even the 5th or 15th) time around? After coaching hundreds of individuals in business and in health and life skills over the years – and tackling many aborted and successful habit changes myself – I can chalk it up to these 7 deadly sins of sabotage:

If any of these ‘sins’ sound familiar – no matter what change you are seeking, the process and pathway to success is the same. Identify your why – but also be crystal clear on the how of what’s going to get you there. Set yourself up for success by surrounding yourself with support and systems. Stop listening to your Inner Critic – recognize her and thank her for her concern and then tell her ‘I got this! Just show up and do the work, minute by minute, step by step. And when it goes south and life trips you up, ask “what did I learn? And what can I do differently.”

Groundhog Day arrives like clockwork every year. If you feel like the changes you are trying to make have you stuck in your own groundhog day time loop – what’s one small thing you can do today to work toward changing your future?