Sneezing and Coughing and Aching – Oh My! 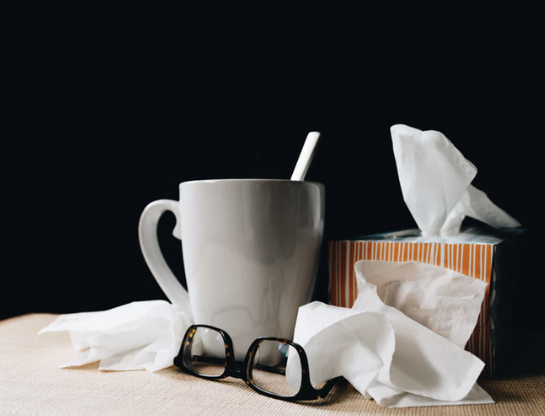 Almost as if we were running like clockwork, you can just hear the whisper of sniffles and suppressed coughs starting all around you as we ring in the new flu season. Heads up, Health Canada says we are actually ahead of schedule this year – oh joy! – so you best be working on your immunity as much as you can and fight your best flu fight.

Fortunately, I’m not really one to just back down without a fight…so to it, I say: Bring it on, November!  Bring.  It.  On.

Last week I blogged about how food affects our moods (catch it here if you missed it!) but choosing the right foods can also support our immune health.

If you ever wondered why some people ‘never get sick’, while others are sick all the time, you may want to take a deeper dive into what everyone is eating.  While there are plenty of factors which can strengthen or weaken an immune system – like stress levels, inherited antibody protection, gut health, etc, one of the easiest factors you can actually change (and improve on) is nutrition.

So…can I re-introduce you to the humble carrot?

They’re often overlooked, they’re not ‘exotic’ by any definition but they’re loaded with antioxidants like beta carotene.  The Coles-notes explanation is this: antioxidants protect the cells in your body (including immune system cells) from free radical damage.  An undamaged immune system would obviously function more effectively than one that is damaged – so you’ll be better able to fend off cold and flu viruses as well as other infections.

Antioxidants also reduce overall inflammation – so if you do get sick, it’ll trigger a weaker reaction and/or you’ll get over it in a shorter period of time.

The beta carotene in carrots converts to vitamin A after its consumed.  One study found that vitamin A helps to produce more T-cells and natural killer cells – both of which work to fend off illness.

People with vitamin A deficiencies also produce less mucous than those without deficiencies.  While that sure sounds less gross, mucous is actually one of the ways our bodies tries to capture and expel viruses from our system.  So if vitamin A is low, mucous is also low, which means we’ll get sick easier because those little buggers got to us instead of being removed from our bodies.

So, go get yourself some beta carotene stat!  You can often recognize beta carotene veggies by their glorious bright orange pigmentation – think carrots (which we cooked up into a recipe for you below) and think pumpkins – which we talked about a couple of weeks ago. 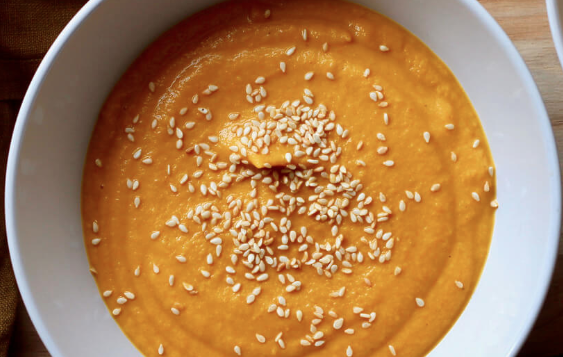